What Does IKR Mean? 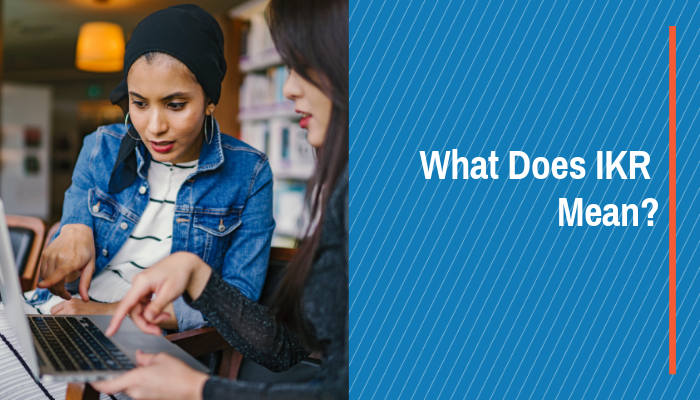 In the world of online communication, you will find different types of internet slang. Many of them are difficult to understand, especially when you are not familiar with acronyms. However, these acronyms can make communicating faster and more effective. One acronym you may see while communicating online is IKR. Have you ever used this internet slang? If not, then keep reading to learn the meaning and usages.

What Is the Meaning of IKR?

IKR is an abbreviation that means ”I Know, Right?”. This is a ubiquitous slang used widely by all age groups including both teenagers and adults. The phrase I know, right, is used in online communication and in real life.

As the demand for social media and online conversation is increasing, you can see this slang everywhere such as Instagram, Twitter, Facebook, and other text message platforms. You can say that it has become a part of the texting culture. You do not need to write all the characters, you can simply use the acronym to convey the same message.

IKR became apart of internet slang around the same time as other text acronyms. The phrase I Know, Right? Has been a phrase used in real life long before it became apart of social media shorthand. IKR was first used in the electronic media in 2004.

The meaning of this phrase is that you are aware of whatever another person is telling you. It also means that you agree with what another person is saying. The addition of the word “right” technically makes the phrase a question, as you are essentially asking for confirmation of the validity of your statement. The word “right” also just adds extra emphasis to your agreement with whatever was stated prior to the phrase IKR.

IKR is very popular in the USA. It has become an integral part of everyday communication. Teenagers use this phrase more frequently than adults. It is used in daily conversations as an agreement to something or someone.

Mainly, this internet slang is used to agree when you know something that your friend or someone is saying. It works as an informed response about something that both of you aware of.

How to Use IKR

IKR is not completely similar to “I know” or “yes”. It has a slightly different meaning. It means that you believe or agree on what other person is saying. IKR can be used to show relief that others share the same thought about a particular thing.

This acronym is frequently used in informal communications such as online conversations or texting. You do not need to write IKR all in caps. Instead, you can simply type ikr. It will serve the same purpose.