Fake Followers on Instagram: How to Spot and Remove Them 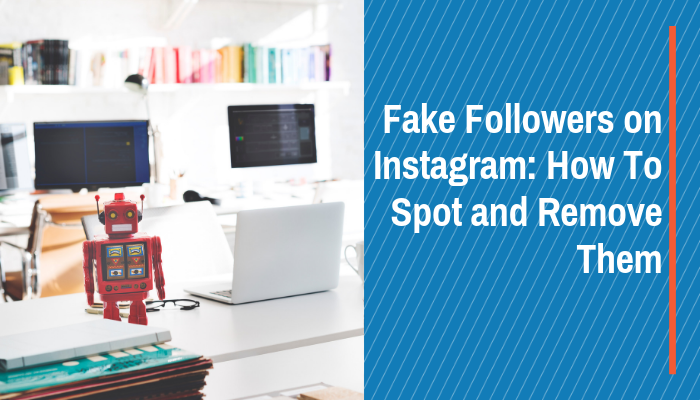 Fake Instagram followers: virtually all of us have at least a few.

Even if you don’t realize it, you very likely have fake followers on Instagram. While some of us may not know how they got there, spam accounts on Instagram plague many accounts.

You may be thinking, “who cares?” A follower is a follower, right? Unfortunately, fake followers can have negative consequences on engagement, could spam your account or hack it, or could lead to Instagram penalizing your account with a shadowban if you have too many.

Learn how to spot fake Instagram followers, how to remove followers, and how to avoid fake followers in the future.

Fake Instagram followers are just that – fake. They are accounts with fake personas, often created by bots that churn out hundreds or thousands of spam accounts.

So why do people, or bots, create these fake accounts? Often it’s to sell fake followers for a low cost. Many real Instagram users choose to buy cheap fake followers to increase their follower count for clout on Instagram. Should you buy fake followers? No, probably not.

While it may seem appealing to drastically increase your following on Instagram with little effort, it’s ultimately a bad idea. Fake followers won’t actually like or engage meaningfully with your posts, hurting your overall engagement. Engagement is a factor in the Instagram algorithm, which can affect how people see your posts.

If you want to be an Instagram influencer, people tend to care more about engagement than how large your audience is. If you have 10,000 followers, but only 100 like your pictures, it’s clear that your content isn’t great, and other influencers and brands won’t want to work with you. They especially won’t want to work with you if they can tell you purchased fake followers on purpose.

Even if you aren’t worried about engagement, fake followers break Instagram’s rules and could result in a shadowban on your account. They could also potentially hack your account, although many fake followers are relatively harmless.

How to Spot Fake Followers

How can you tell if a follower is fake? Often, it’s pretty obvious. Fake followers tend to have few or no posts of their own, are following a huge number of people with almost no followers in return, and have spammy, clearly fake names.

When you see a fake follower, it can be easy to tell by their account name. Many fake accounts have names that are randomly generated, so look for names like dgg1938539. Sometimes they’ll be slightly more realistic, with an actual first name, like mary664349632.

Fake followers can also be spotted through their activity. As previously stated, they tend to have very few posts of their own, and many have no posts at all. What they do post is also usually spammy: the pictures usually don’t make it clear who the actual owner of the profile is, or they often share inappropriate content.

How fake followers interact with you can also give them away. They’ll either be ghost followers who never like anything, or they’ll like your posts for a short amount of time and then fall off completely. Many also post comments that make no sense in context of the post. Their comments could be totally irrelevant, or a single emoji that also has no relation to the content of your post.

There are also apps and websites that can perform a fake followers check, if you don’t want to go through on your own. One free website to try is IG Audit, but this will only tell you your percentage of real vs. fake followers, not the names of who is fake.

A popular app to check for and remove fake followers is Cleaner for IG, although it is focused more on ghost followers than fake followers, so there may be some real people in there who are simply ghosting you.

How to Get Rid of Fake Followers

Once you’ve detected fake followers, you can remove them from your followers. You can either remove followers on Instagram or block Instagram followers. 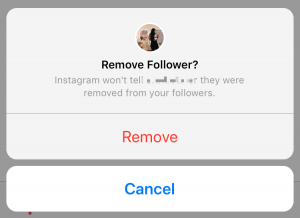 The person you removed will not be alerted that they no longer follow you, and if they’re a fake bot account then they wouldn’t notice anyway.

You can also use apps to bulk remove followers, like Cleaner for IG mentioned above.

So how can you stop fake followers from finding you in the first place? Unfortunately, fake followers aren’t going to simply disappear. Instagram is making strides in trying to remove fake profiles, but with an estimated 95 million bot accounts on Instagram, it certainly won’t be easy.

Take these steps to limit the number of fake followers on your profile.

This may seem obvious, but don’t buy fake followers. Steer clear of websites with insanely low prices for a huge amount of followers, and grow your Instagram account organically.

If you already bought fake followers, try to purge them manually or through a bulk unfollow app.

To protect yourself from fake followers, change your Instagram privacy settings. When your profile is private, new followers have to request to follow you, so you can deny fake ones.

Business profiles cannot be private on Instagram, so unfortunately this is not an option for businesses. Instead, simply screen who follows you as they come in so that you don’t have to go through all of your followers at once later if a problem arises.

Report fake Instagram followers to help Instagram work towards getting rid of them. Although it’s not entirely clear what happens when you report someone on Instagram, reporting them is a good first step to clear the platform of bots.

If you need help growing your Instagram account, or replenishing all those fake followers you just removed, sign up for Social Buddy. Social Buddy uses organic growth processes to find real Instagram followers and grow your account over time, unlike fake bot sites that offer you thousands of followers at once.