Pinterest Hashtags: How and Why You Should Use Them 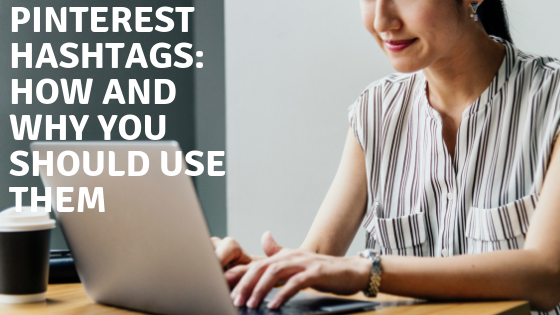 Pinterest hashtags can be used to tag your pins, making them easier to find for users searching for similar content and improving the visibility of your posts. On the flip side, Pinterest users can search hashtags to find pins relating to whatever topic they’re interested in.

Adding Hashtags To Your Pins

Hashtags are a great way to label your pins and categorize them with similar content, leading to followers, comments, and re-pins. Follow these rules to add a hashtag (or multiple) to your next pin:

Hashtags can only be added to pin descriptions. Pinterest descriptions only allow 500 characters, and Pinterest recommends using no more than 20 hashtags per pin.

For those looking to browse through pins, hashtags can help refine your search or lead to similar content that may interest you. To search for a hashtag, simply type your desired hashtag in the search bar with the hashtag symbol, like #WeddingDresses, and press search. The most recent pins using that hashtag will appear, as well as pins with similar keywords. From here you can explore the pins on this page, or click a similar hashtag in a pin’s description to further your search.

Historically, hashtags have not been a popular feature on Pinterest. Pinterest is encouraging their use now, however, and the use of Pinterest hashtags is on the rise. This video from popular social media blogger Peg Fitzpatrick breaks down the general guidelines to use hashtags on Pinterest:

Pinterest’s search algorithm will bring up relevant content based on pin descriptions, so searching for keywords will yield a decent search without searching or using hashtags. Because of this, many Pinterest users don’t feel the need to use hashtags in their descriptions or their searches. Using hashtags can help concentrate your search, however, or lead to related hashtags that you may not have thought to use or search for.

As of late 2017, Pinterest shows the first four hashtags under the preview of your pin, essentially promoting the use of hashtags by showcasing those that were used. This could increase chances of your post getting noticed or lead to more clicks and better engagement on your pins.

Ultimately the choice to use hashtags on Pinterest is up to you. The use of hashtags is increasing, so hopping on this trend early could help your pins get noticed and lead to followers, comments, and re-pins. When used correctly, hashtags certainly can’t hurt your pin, and they have the potential to greatly increase visibility and engagement from other users.

To make the most of your Pinterest hashtags, there are some unspoken rules to follow. Smart use of hashtags can help your pin get more attention, but misusing hashtags can do the opposite.

Pinterest allows up to 20 hashtags, but recommends using less than 20 to avoid looking like spam. Pinterest reports that “having too many of them [hashtags] in your descriptions may negatively impact your ranking”. Pinterest bloggers recommend using 4 hashtags per pin at least, since Pinterest will show 4 hashtags under the pin previews on search results and topic feeds.

Hashtags can only be added to pin descriptions, and most Pinterest users recommend adding them to the end of the description. This way, they don’t get in the way of your description while still placing your pin on the page for that hashtag and in the search results.

A hashtag page or search result page on Pinterest will show the most recent pins first, so there is no need to go back and add hashtags to your old pins unless they were particularly popular or resurface seasonally. If the pin tends to get re-pinned cyclically, it does not hurt to add hashtags, but hashtagging every old pin is most likely a waste of time.

The hashtags you choose depend, of course, on the content you are posting. As a general rule of thumb, only use hashtags that relate directly to your pin. Using irrelevant hashtags can result in your pin being marked as spam.

When you begin typing a hashtag into your description, Pinterest will show similar hashtags and show the number of times that hashtag has been used. The best practice is to use a combination of some popular and some niche hashtags. If you use too specific a hashtag or an original one it will not help your pin in terms of engagement, because no one else is using or searching that hashtag. Using a hugely popular hashtag, however, can result in your pin getting lost in the crowd. Aim for a combination of very popular to more niche hashtags to reach a large audience as well as a targeted audience.

A lot of the content on Pinterest is seasonal, whether it’s Christmas craft ideas, Superbowl party snacks, or back to school lists. Using a seasonal or holiday-related hashtag can make your pin more easily discoverable for those occasions. It can also help your post remain relevant, as it can resurface the next time that season comes around, leading to more re-pins and further engagement. Pinterest recommends using “timely” hashtags to target a seasonal audience. 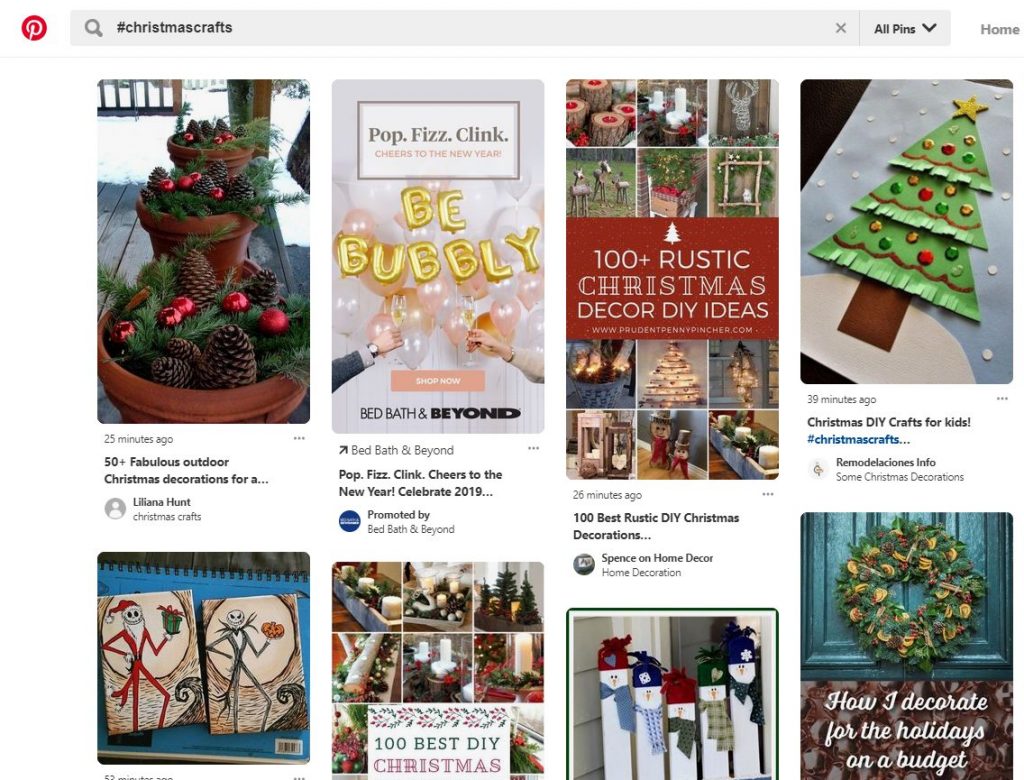 Although you should usually avoid using original hashtags, businesses and bloggers sharing on Pinterest are encouraged to use branded hashtags specific to their company or content. Hashtags are especially helpful to promote brands or increase brand exposure online. If you’re posting content across different platforms, using a branded hashtag can connect your social media campaign across websites and reinforce your brand.

Unique, branded hashtags can engage with users through campaigns, calls to action, or contests. Encouraging other users to re-pin using your hashtag or tag their own content with your hashtag can help you reach a larger audience and allows users to participate in your branding. Call to action hashtags like #PinItForLater or #PinToWin can also improve engagement. You can also use hashtags to promote a contest of some sort where users use the same hashtag to enter and potentially win prizes.

Branded hashtags are best used when they are short, catchy, and easy to remember. They should also be unique so that they are not mixed up with other content, so check to make sure that your hashtag does not already exist in some other context before deciding on one.