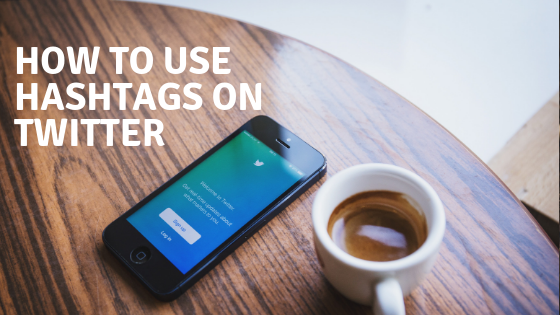 Twitter is the original home of the hashtag, with the first hashtagged tweet sent in 2007. Hashtags improve visibility on tweets, helping them to reach a larger online community that can lead to likes, retweets, and followers. Twitter has reported that using a hashtag “can increase engagement almost 100% (2x) for individuals and 50% (1.5x) for brands.” Adding a hashtag or two to your tweet can dramatically improve the popularity of your tweet and your Twitter account.

The Origin Of The Hashtag

The use of the hashtag as a social media tool began on Twitter in 2007 with a tweet from web developer Chris Messina, who proposed that users group content via a clickable pound symbol attached to words or phrases. Twitter rejected the idea at first, but users jumped on the idea and the hashtag was born.

how do you feel about using # (pound) for groups. As in #barcamp [msg]?

Hashtags create a link from the hashtagged word or phrase in your tweet to a page that contains every tweet containing that same hashtag. Using Twitter hashtags allows other users to see your tweet on that page or by searching for said hashtags. This can result in more likes and retweets for that tweet, and retweets can often lead to more followers and growth for your Twitter account.

Individuals and businesses can also use hashtags to join an online discussion or share their views on trending topics or issues. Hashtags create an online thread, which users can follow or participate in by tweeting something with that hashtag as well.

Twitter hashtags are created by simply typing the hashtag symbol (#) followed by the word or phrase that you want to tag. Anyone can create a new hashtag or contribute to an existing hashtag, and often trending or relevant hashtags will pop up as suggestions while you type your hashtag. There are a few rules to follow for your Twitter hashtag to work:

Don’t overuse hashtags on Twitter. Studies have shown that it’s best to only use one or two hashtags. You only have 280 characters per tweet anyway, and hashtags shouldn’t take up too much space in your tweet. A study from TrackMaven suggests that there is a dropoff in engagement after one or two hashtags. Only use relevant hashtags. If your tweet doesn’t match the topic of your hashtags whatsoever, it will only spam that hashtag page and you will not gain followers or likes, as people following that hashtag won’t be interested in your unrelated tweet. Just because a hashtag is trending doesn’t mean you should use it if it does not relate to your content.

Hashtags should be both relevant and specific. Using a generic hashtag like #love on a tweet does not add much value to the tweet, and places your tweet in a very broad and overused hashtag where it probably won’t receive much attention. Use a niche hashtag to reach a more targeted audience.

Keep hashtags short. Longer hashtags can be confusing, so shorten your hashtag wherever possible. If your hashtag is a little longer or contains more than one word, it’s a good idea to capitalize the first letter of each word so that it’s easier to read.

Twitter hashtags can be used as creatively as users wish, but there are themes and common usages when it comes to hashtags on Twitter.

Very often, hashtags are used to group all tweets about a certain event. Many users live tweet big TV events like award shows or season finales of popular television series. Hashtags took off in 2007 when Twitter users used the hashtag #SanDiegoFire to share information about forest fires in the San Diego area. This trend is still a common use of hashtags, as users can tune in to the online community’s thoughts on large scale events, or even smaller ones, like business conferences or retreats.

Social media, especially Twitter, has become a resource for social justice movements to spread awareness and share their message. One of the most relevant and wide-reaching examples of this is the #MeToo movement that took over social media in 2017. The #MeToo hashtag was used to spread awareness about sexual assault and share survivors’ stories. #MeToo is a great example of how hashtags can help reach a larger audience and create a positive impact. Hashtags are used similarly to share world news, especially by hashtagging a certain location to share news happening in that region during natural disasters or political unrest.

Hashtags are often used sarcastically or meant with a funny, satirical tone, especially on Twitter. The tone of a hashtag can change its meaning from serious to comic, so it is important to consider tone when using hashtags. Sometimes hashtags are used to parody the use of hashtags rather than to promote a tweet or reach a larger audience.

Twitter content is often meant to be funny, so hashtags can be used to curate a comedic voice on Twitter or add a funny element to a tweet. Hashtags meant to be funny often don’t contribute to an existing thread or improve engagement on the tweet. For that reason, some funny hashtags are longer (or purposefully too long) to make a joke rather than to create a clickable, trending hashtag.

Similarly to sarcastic hashtags, some hashtags are created to create a funny thread of tweets, like the hashtag #InappropriateFuneralSongs or #HowIGotDumped.

On the left sidebar of Twitter, the website offers a list of current trending topics and hashtags. This lists trending content at that moment, but they are curated specifically for each user, so not everyone’s Trending Topics are always the same. Trending topics on Twitter are based on your location, accounts you follow, and what Twitter’s algorithm thinks will interest you based on your profile. Some of the most popular trends worldwide will be included regardless of your location or interests.

You can change your Twitter trend preferences to show a specific location’s trending topics or switch to worldwide topics only.

Trending Twitter topics are not based on number of tweets necessarily, but rather a quick increase in tweets about said topic. A sudden spike in use of a hashtag is more likely to become trending rather than slow, steady increase over time.

Social media is one of the best marketing tools, and hashtags are a great way to increase engagement and gain followers on your businesses’ Twitter page. Branded hashtags specific to your company can create a specific hashtag page for your business, where users or customers can use that hashtag to share feedback or simply to engage with your brand.

Hashtags can also be used for campaigns or sweepstakes, where a call-to-action can tell followers to use a certain hashtag to enter a competition or share content related to your brand. Charmin toilet paper’s #TweetFromTheSeat very successfully promoted user engagement and spread brand awareness for Charmin.

Toilet paper doesn’t have to be boring! Charmin’s #TweetFromTheSeat campaign shows that creativity is key in social media! #IlliniBADM562

Businesses can also use popular or trending hashtags to gain exposure online. Jumping on a funny hashtag and relating it to your brand can help you reach a larger audience while promoting your business.

Just be sure to check why the hashtag is trending first to avoid misusing a hashtag – for example, Entenmann’s doughnuts used the trending hashtag #NotGuilty before realizing that it was related to the outcome of the Casey Anthony trial. The now-deleted tweet said, “Who’s #notguilty about eating all the tasty treats they want?!” earning them some backlash for insensitive use of the hashtag.

Our #notguilty tweet was insensitive, albeit completely unintentional. We are sincerely sorry.