What Does Bae Mean? 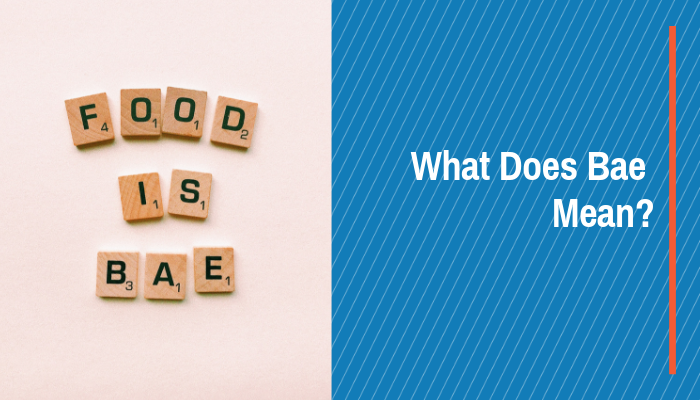 Are you looking to make your partner feel loved with some special word? If that is the case, bae may be the word for you. Since its very inception this word had taken the social media by storm. But what exactly does bae mean? Learn the origin of the word bae, how it is misunderstood, and how to use it.

The Meaning Of Bae

Bae is often used in the context of social media, referring to a certain individual’s significant other or partner. It refers to an individual with whom you have a romantic relationship. While bae wasn’t initially a popular term, it soon gained momentum via online memes. Bae is also used in real life as well, and is often said aloud.

By 2013, bae had already made a significant impact, so much so that it made its place among nominees for American Dialect Society’s Word of the Year. This popularity further skyrocketed when the word was featured in a song by pop artist Pharell Williams. Known as “Come Get It, Bae,” this song further popularized the term bae.

Bae is still pretty popular today, although it managed to trigger significant derision in certain circles. Older generations have criticized teens and millennials for adopting what seems to them like nonsense words like bae. Despite the criticisms of the word bae, the term remains culturally relevant and is still widely used, albeit sometimes ironically.

The History Behind Bae

Whether you love it or not, perhaps one of the most intriguing aspects about bae is the debate about where this word originated from. One of the most plausible theories is that the term originated from “baby” or “babe”, and is an ever-so-slightly shorter version of these terms of endearment. This is further backed its use in popular rap songs starting around 2005, seemingly used exchangeably with “babe” or “baby”. Because of bae’s prevalence in rap lyrics, many people assume bae to have an African-American origin.

Another idea that has been widely popular on the internet over the last couple of years is that bae actually stands for “before anyone else”. Although there isn’t any proper explanation behind this theory and it has mostly been debunked, many people seem to accept this definition blindly.

Popular linguist Neal Whitman has come up with various citations against the “before anyone else” theory, including his citation about non-romantic uses. He, however, does agree that since “before anyone else” is such a popular interpretation, it should therefore be acknowledged as a contemporary definition of bae.

Next time you’re looking to say something fond or affectionate to your partner, don’t forget to use bae to light up their day.