What Does LMAO Mean? 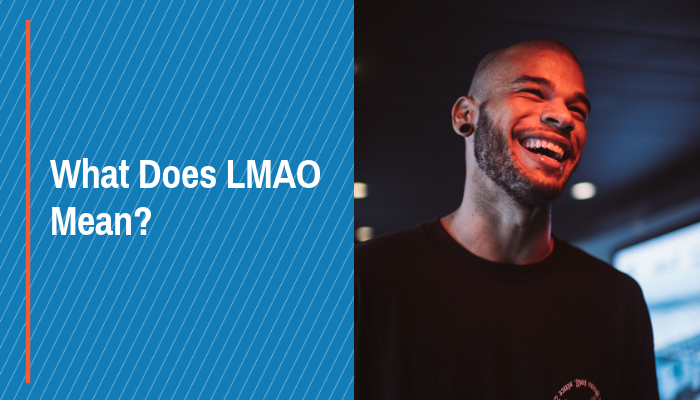 If you’re fond of using social media, it is very likely that you’ve stumbled upon the term LMAO. This term is frequently used to indicate a strong emotion of laughter. Unlike LOL, which only indicates slight to moderate laughter, LMAO suggests that something is truly hilarious. But what exactly does LMAO stand for? Does it have any different meanings? Social Buddy explains how to use LMAO in your everyday text and social media communications.

The Meaning Of LMAO

Like we already mentioned, LMAO stands for the moments when you’re uncontrollably laughing. Typically, LMAO stands for “laughing my ass off”. Although this is clearly hyperbolic and none of your body parts are falling off, it is indeed an interesting way to say that something is funny. You can consider LMAO a bolder version of LOL.

LMAO was first used in the early 1990s. At that point, people who were just starting out with adopting online communication used LMAO as an expression to indicate their laugher. Currently, it is a part of the common internet lingo. After all, it is much more convenient to type LMAO instead of the full “laughing my ass off” or “wow that was funny and I’m laughing really hard”.

LMAO is not the kind of phrase that should be used in your professional or formal settings. So, if you’re really looking to use this acronym, save it for social media platforms, instant messaging applications, or your basic text messages to friends. It doesn’t matter whether you write LMAO in upper or lower case. But regardless of that, if you are really looking to use it in a relatively formal version, try sticking to the capitalized version.

There are several ways in which you can use LMAO for showing that you’re really enjoying something and laughed hard because of it. One of the best ways to do this is by writing the entire acronym in caps. Additionally, you can also add multiple o’s (LMAOOOO) when you complete the abbreviation for emphasis. In certain cases, people also choose to add the F word in the middle of LMAO for a bolder impact. So instead of LMAO, they simply type LMFAO.